“Megan Monafu was excellent facilitator with new skills to share and so much community experience. I have already used some of her techniques in my work.” 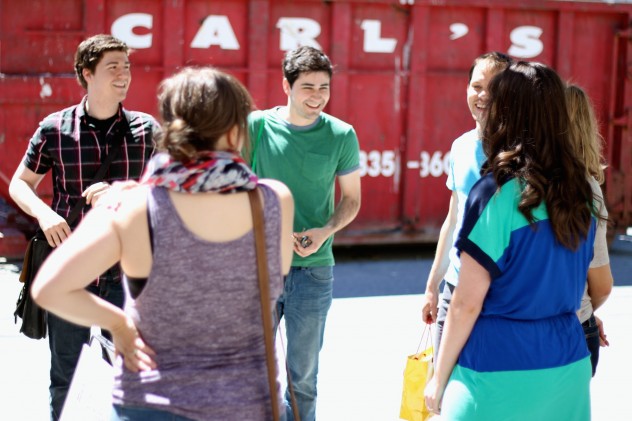 I like to work to make artistic exploration accessible to many different people. This kind of work builds community, creates new dialogue, teaches creative expression, and provides people with an avenue to increase confidence and communication skills.

I specialize in creating workshops for people who may be on the margins of a traditional classroom or work setting. Some folks that I have worked with include adults and children with developmental disabilities, adults with mental health issues, children and youth on the autism spectrum, seniors, seniors with dementia, and street-involved groups.

I have trained in Theatre of the Oppressed, including Joker/Facilitator training for Forum Theatre. Boal’s Image Theatre and other exercises are often integrated in my work.

Here is a sample of workshops and classes I have led:

“Brought issues to light over our workplan”

“Peaceful and playful. Got to connect with the team. Welcoming and safe space.”