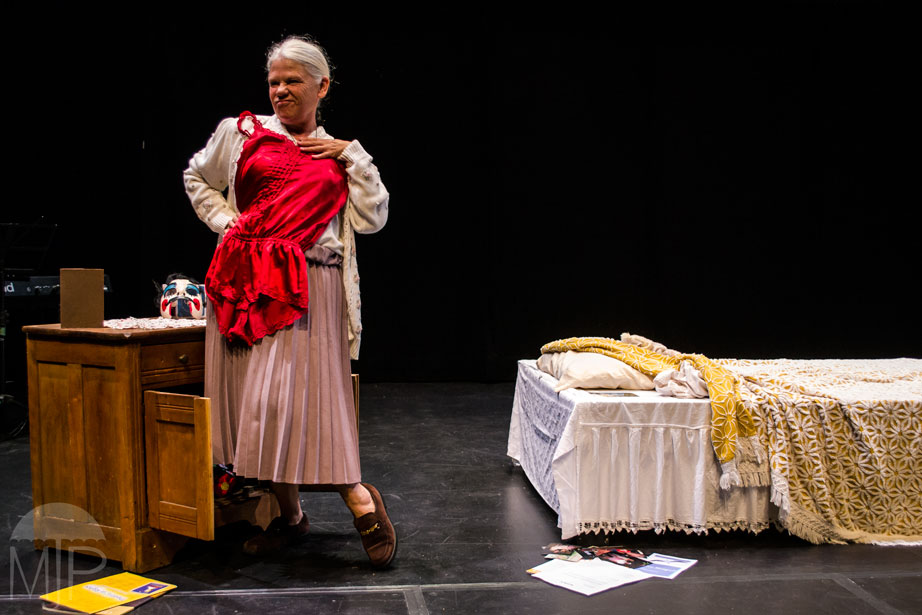 For Mabel, feisty ex-actress and free spirit, every day is like an audition. She wakes up, puts on her disguise, and plans her escape… if she remembers how. Her greatest enemy isn’t ultimately the nursing home and early retirement from which she is trying to escape, but the memory loss that landed her there in the first place. It’s a race against time, but Mabel isn’t about to miss her last performance.

A most beautifully written monologue by a surprisingly young and obviously talented Megan Piercey-Monafu… Kathi Langston throws herself with great passion into this performance as she captures the shifting tones of a mind recreating itself. 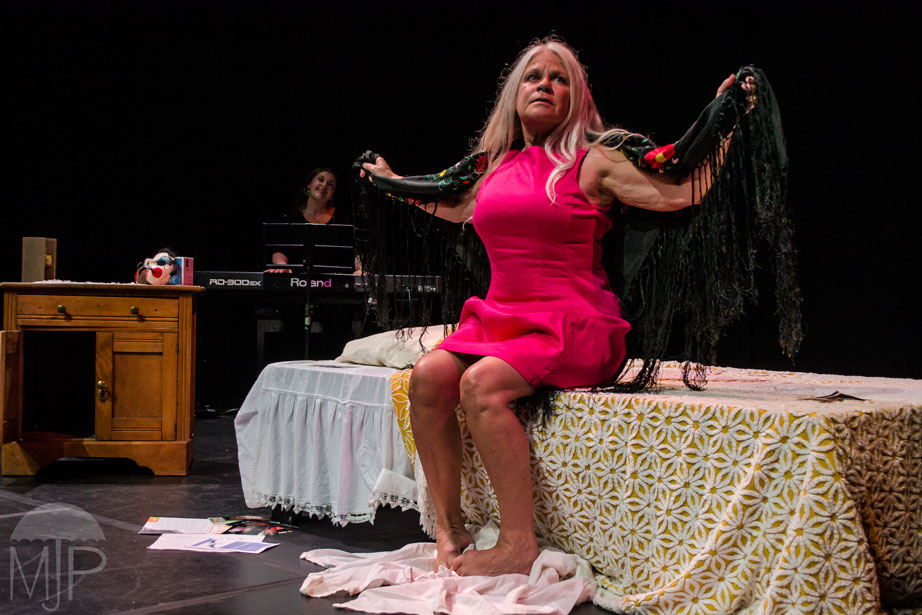 Mabel’s Last Performance premiered at the Ottawa Fringe Festival in 2012, for which Kathi Langston’s portrayal of Mabel was nominated for a Prix Rideau Award for Outstanding Female Performance. With original music composed and performed live by Beth Terry, Mabel’s Last Performance toured the Atlantic Fringe Festival 2014, earning the festival award for Best Female Performance. In January 2015 the show was remounted at Memorial University of Newfoundland, Grenfell Campus, in partnership with the Theatre and Nursing Departments.