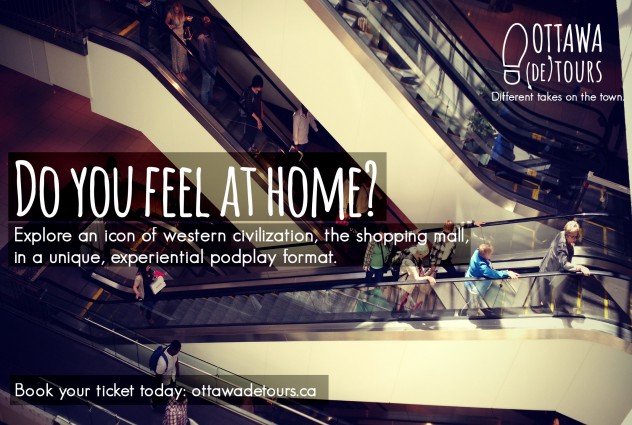 Concept and editing by Dan Monafu

Ladies and gentlemen, welcome to the Rideau Centre, Ottawa’s most famous downtown mall! Let us equip you with headphones, a podplayer, and a story, so that you can experience shopping like never before. Part local history, part history of our globalizing world, part behavioural psychology, part experiment, and part tragicomedy, our theatrical podcast-play-tour will allow you to observe your fellow humans as an outsider, and be audio-guided through one of the most popular and least documented phenomena of the 20th century: the indoor, climate-controlled, super-shiny shopping mall.

Mall ratting ran as a regular secret tour of the Rideau Centre from May to August 2015, and was included as a part of the Magnetic North Theatre Festival Industry Series that June. Mall ratting was commissioned by Ottawa (de)tours.