I often take the role of organizer, helping to bring together different players in community arts work. And when I am working on a show, a big question I have is how to get the community involved. Through this I’ve found myself working with people from all walks of life as a community connector, which can mean anything from organizing a neighbourhood mural to hosting a community meeting.

You subscribe to fresh, local art. We curate a season of awesome local artists. They make work, especially for you. We throw a party about it.

CSArt Ottawa is a social enterprise that connects local artists with local audiences through a subscription model. Over the past 3 years, CSArt Ottawa has produced 12 events and represented 10 local artists/artist groups of multiple disciplines.

The first CSArt project was created by Springboard for the Arts in St. Paul, Minnesota, and has since been replicated across North America. As a multidisciplinary arts initiative, CSArt Ottawa is unique in Canada. Our subscribers fund and receive work from artists in the Ottawa region, and Ottawa artists connect with new audiences. 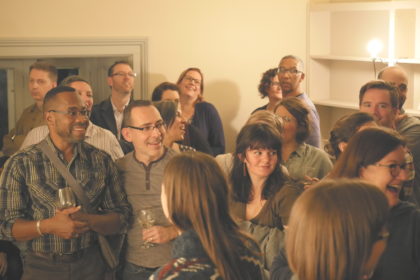 From July 2016 to February 2017 I piloted an Artist Residency at Impact Hub Ottawa, a social good focused co-working space. I facilitated arts animations, curated a visual arts displays for the space, joined the Hub team in event planning and hosting, and blogged about the integration of the arts in a social innovation space. 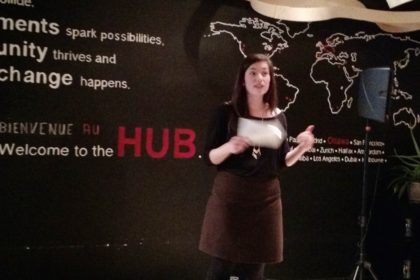 In 2016 I worked with Tokens4Change to raise $100,000 for Youth Without Shelter. I worked with high school students to create a theatre piece that the students performed in the busy TTC station of Bloor-Yonge on February 5th, 2016. The day included over 500 volunteers, 17 schools, 12 companies and six arts locations with inspiring performers and artists canvassed in 27 locations lending their hands and voices to the cause.

From spring 2014 to fall 2015 I was the Coordinator of the Carlington Arts Initiative (CAI), after being involved in its beginning stages in fall 2013. The CAI is a collaboration of social service agencies, community organizations and community members, devoted to supporting and strengthening arts programming in Carlington, creating greater connections within the community, and connecting with artists and community builders in Ottawa. Aiming to be bigger than the sum of our parts, we created the Carlington Arts Festival 2015, a Victoria Day outdoor arts extravaganza, in partnership with the Carlington Community Association’s Family Fun Day BBQ. A lot of great collaborative work was done in the community, including fantastic contributions of time and funds from the Community Development Framework, the Carlington Community Association, and Kitchissippi United Church.